Russian, was born in the USSR, in Leningrad (St. Petersburg) on August 27, 1958, in the fourth Petersburg generation.
My grandfather Sergej Levashov in time of the Great Patriotic War (1941-1945) during the difficult years of the Siege of Leningrad worked as the chief engineer of the Imperial Card Factory (printing factory).

From the age of three, me with my parents have lived for five years in the Crimea, Ukraine, in Feodosia city.
We returned to Leningrad in 1967.

During school years, our family lived in the very center of Leningrad on Bolshaya Konyushennaya Street, 19.
In 1975 I graduated from school number 222 "Petrishule" – the oldest educational institution in Russia and the first school in St. Petersburg. I attended the Leningrad Palace of Pioneers study groups: Choral singing, Drawing, Soft toys, Artistic words.

In the spring of 1982, I graduated from the Leningrad Institute of Aviation Instrument-making. When I was a student, I started writing poetry and songs. I don't know the notes of the music, but I played the guitar a little. I performed in amateur performances.

In the fall of 1980, in the spirit of "Soviet enthusiasm" and in the wave of my love for heroes of the films of popular soviet actor Nikolai Rybnikov ("Girls", "Height"), I chose to marry a working guy from the hinterland of Russia.
I quit my creative activity for 10 years.
I also graduated from knitting courses, sewing courses, typing courses.

Children Christina and Artem were born in 1983 and 1984.
My children and I were christened in 1985 in the USSR in Borisoglebsk, Voronezh region.
I worked as an engineer at a Research institute, then became a housewife.

1987 - 1991. During the years of "perestroika" (reconstruction of the country from socialism to democratic politics), supporting the need for changes in the country, I became an independent rock-journalist, was closely acquainted with the stars of rock music. At that time, it was rock music as the main creative phenomenon, reflecting the changes in society. Many famous rock musicians have visited my house.
At the invitation of the authors-creators of the "Musical Ring" TV program (Moscow), as a journalist, I participated in many of programs.

I was familiar with the politician Galina Starovoitova. In particular, I was the editor of newspapers published for her election campaign, participated in her pre-election events.

1991 year. At the age of 33, I returned to Creativity and began to write my poems and songs.
1991 - 1997. I performed as an author and performer of my own songs, romances and poems on the St. Petersburg stage. My creative work and life attracted the journalists’s interest, they talked about me on television and radio.

In 1993, under very tragic circumstances, my life was saved twice by Chechens living in St. Petersburg.

I am convinced that someone very powerful created an unspoken ban on my creative activity in St. Petersburg, closed for me the opportunity to appear on television and radio, to perform on stage. Last performance was – TV festival in summer 1997.

In the spring of 1998, my children, then just schoolchildren, and I were left without a registration and our own apartment in St. Petersburg. My husband committed criminal acts, deceived me, (he has been living separately since 1993). Facts show that my husband was used by an unknown person to humiliate me, depriving me of the realization of creativity and all property in St. Petersburg.
We ended up registered in the Leningrad district (district of St. Petersburg) in the Ovsishche village, that is very far from the central city, and where we never been. But we know that in this apartment it was initially impossible to live long before us.

So, since 1998, my children and I continued to live in our native Petersburg, renting apartments.

Since the spring of 2006, two and a half years before the military confrontation between Russia and Georgia, the armed conflict in August 2008 in South Ossetia, I wrote anti-war musical-poetic compositions, poems about the beauty of Georgia, as well as articles on the importance of maintaining peace between our peoples.
In 2007, with the money of an Ossetian named Alan from the city of Vladikavkaz, I was able to record several new songs and musical and poetic compositions at the audio recording studio.

Christina is very talented! Graduated secondary school with honours – Excellent pupil, the Red diploma and Silver medal. And in 2000 she entered first try (this is extremely rare) and studied for free (! on a budgetary basis) at the one of the best art-school of Russia, at prestigious academy:  St. Petersburg State Academy of Art and Design n. a. A. Stieglitz (that time n.a. Mukhina), Industrial Design Department.

As a second year student, Christina worked by invitation at the „Clever Paper” firm, she became the author of many toys for children, she received a large salary. ... Worked in the "Lesta Studio" as an artist, designer, for product design and video games, VFX-composer on films and video advertising (2004 – 2006); TRC “Petersburg – The Fifth Channel” (St.-Petersburg federal television channel) as a Senior artist of the Creative department of Direction of Development (2007 – 2009); Senior Designer/Development officer on Indian Tea Company «MK Tea» (2013) … She collaborated with Russian and foreign companies; organized a number of international events for her native Academy.

A talented designer Christina has won 12 international Design awards.
Distinguished by honesty, by adherence to principles, intelligence and beauty, and most importantly – by high professionalism, she often had difficulties at work.

In the winter of 2015, forced by difficult financial circumstances and health, we moved to Bulgaria. We accepted the offer of an old French acquaintance Jean, to live for free in his studio apartment in Plovdiv (center of Bulgaria). Jean paid for the moving and all the documents.

However, after half a year, due to the dry climate of Plovdiv and our diseases, we moved to the Black Sea coast in Burgas city. Here we pay again for the rent of the apartment. Christina works wherever she can to.

I am happy that I live with a kind, cheerful, courageous, talented, hardworking daughter, Christina.
Thank God for the talents given to us and an inexhaustible source of inspiration.
Creativity is the radiance of the soul, light and joy of living.

The most valuable thing on the website is the collection of poems "Soul of mine".

I wrote a book about my life, "The Story of My Life", which I don't publish here.
For many years: I am a vegetarian, I don’t drink and don't smoke, I dress in “women's style clothes”, I don’t watch TV at all, I read news in internet; passionate about figure skating and NHL hockey.

My beautiful, light, clever and kind poems will certainly serve in the judgment and condemnation of people who are heartless, deceitful, cruel, greedy. 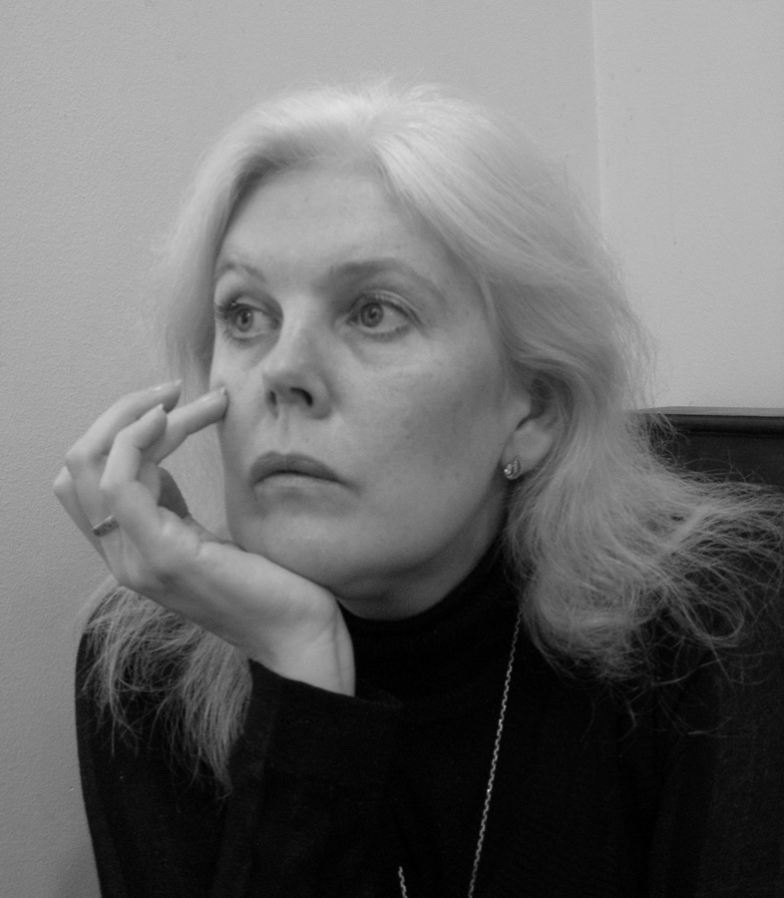 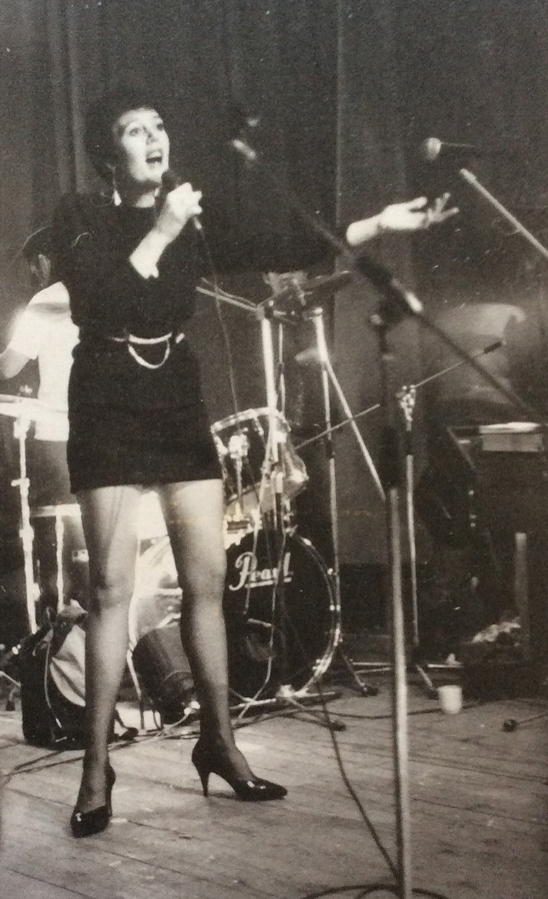 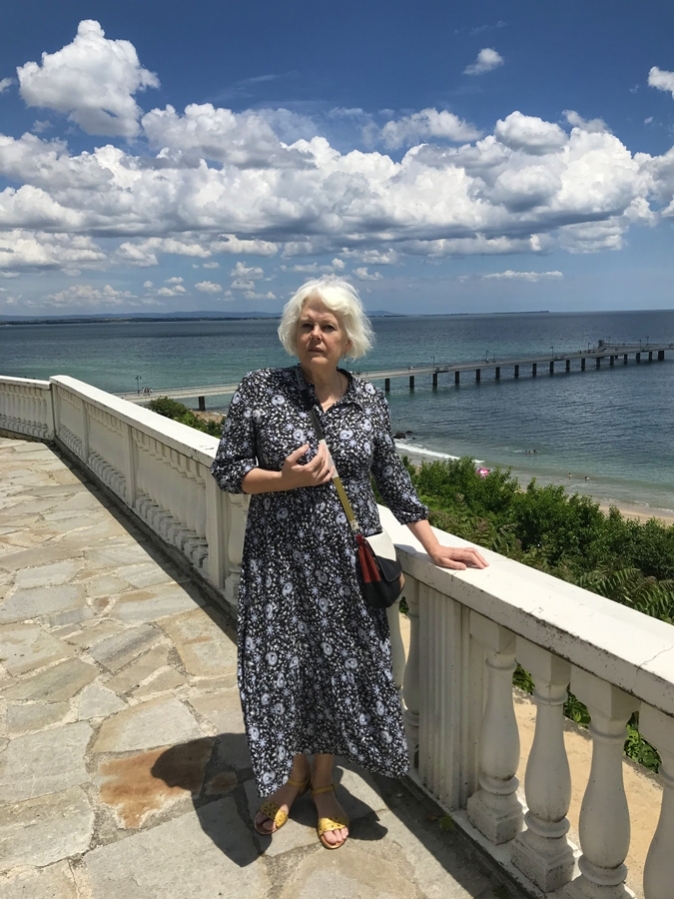